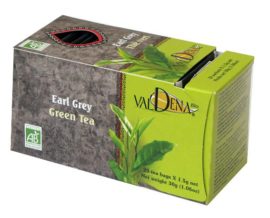 Green tea has been known in China for 5,000 years. It was used as an infusion which was widespread long time before it arrived to the west. The green tea leaf called Camellia sinensis. The leaves are processed by the tradition of ancestral techniques, which is: firing, rolling and drying until they get to their final form. The result is a delicate tea with a fine flavor which preserves its health benefits.